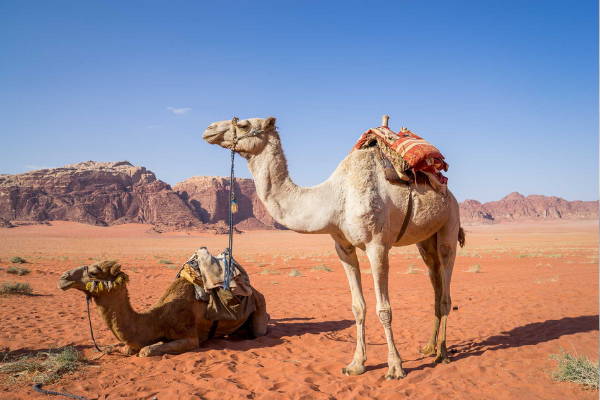 Camel is a multi-purpose animal with a high capacity for output. Camels have the potential to handle issues such as global warming, an increase in temperature, as well as a lack of food and water. Despite these issues, camels can be considered an exceptional source of milk.

Although you would believe camels are just used for transportation, individuals in the Middle Eastern, Asian, and African countries have been drinking camel milk for ages. However, with ever-changing food trends and practices, Camel’s milk is slowly becoming familiar to regular fitness enthusiasts with a keen interest in its nutritional value as compared to conventional cow’s milk. It is now possible to get access to Camel milk in Seattle, Michigan, and similar cities too where people have very tight schedules and highly paced lives and consumers usually don’t tend to allow much time to think of healthy food alternatives. Its anti-allergenic property is a great selling point in a country like the United States where cow milk is statistically said to be the reasons behind food allergies resulting in skin reactions, digestive problems, blockage of the respiratory tract, and even eczema.

Did you know? Our bodies are continually engaged in an arms race to protect themselves from viruses and germs. The negative bacteria are the ones that attack the initial layer of protection. This is when the immune system steps in, sending forth numerous weaponry to assist eliminate the infectious invaders!

You won't notice anything, yet even as you read this, your body is fighting off hundreds of millions of potentially harmful germs and viruses.

What advantages does it have in terms of medicine? Camel milk contains two important ingredients: Lactoferrin and Immunoglobulins. Several studies have found that camel milk, due to the presence of lactoferrin, has anti-bacterial, anti-viral, anti-inflammatory, anti-fungal, and even antioxidant properties. It has also been claimed that lactoferrin gives camel milk its immune-boosting properties, which aid in the activation of the body's various immune cells.

Furthermore, because camel milk immunoglobulins only contain two heavy chains of fatty acids and no light chains, they have therapeutic properties. This is why camel milk is so easily digestible and why the immunoglobulins in it don't vanish. There is more research being done for a variety of diseases, not just for their immune-boosting properties.

Phew! That is an excessive amount of information about camel milk and its immune-boosting properties!

According to Traditional Iranian Medicine (TIM), it has a composition similar to human milk, as well as great nutritional value and medicinal properties. Camel milk is most often compared to human mother's milk due to its internal structure of mineral components (sodium, potassium, iron, copper, zinc and magnesium, and vitamin C). It can provide a range of health advantages, similar to how breast milk protects newborns from various health concerns.

Immunity against milk allergies. If camel milk is accessible near you, it might be a safer option. This is most likely due to the fact that camel milk has a different protein than other dairy products — one that does not elicit an immunological response. Camel milk can also benefit youngsters with other food sensitivities. Autism spectrum disorder (ASD) is a neurodevelopmental disorder marked by deficits in social orientation, communication, and repetitive activities. Camel milk has likely shown to be linked with several advantages, particularly for autistic youngsters.

Reduced diabetes risk is also marked with Camel milk's property of controlling blood sugar and insulin levels. Researchers conducted research on a sample of the Indian population and determined that the people with normal blood sugar levels were most likely due to their regular use of camel milk.

And we are almost done! Well to take a side in this relatively higher food-conscious generation is an uncertain decision, however, consumers can absolutely get started with products where Camel's milk is the key ingredient instead of choosing to consume the milk in its raw form. There are a variety of options like cheese, skincare, cosmetics, and of course - desserts! People can then eventually try out pasteurized Camel's milk and replace their everyday meal choices that involve traditional milk. Say no more! - yes, you heard that right, cereals, pancakes, souffles, and whatnot. However, we would not mind otherwise - To Each Their Own.