CAN WE MAKE YOGURT FROM CAMEL MILK? 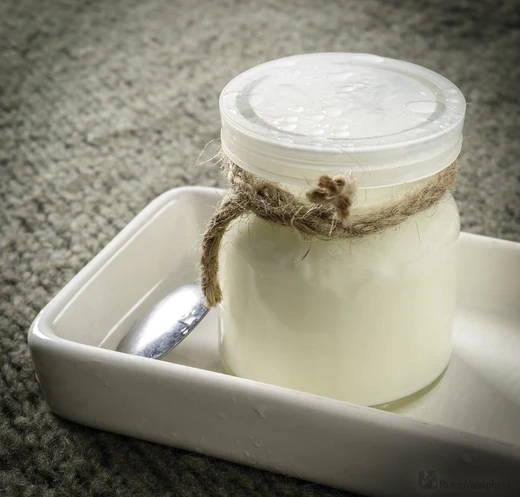 In the popular sources of dairy that most people are used to, camel milk often doesn’t make the cut. However, camels are actually often categorized as the hardy producers of milk who continue their milk production even in extremely dry spells or droughts. Even apart from these tough times, camel milk is consumed on a regular basis in certain parts of the world such as Africa, Central Asia, and the Middle East.

The properties of camel milk, however, are often known to be unique in nature. The consistency of camel milk is said to be dependant on the conditions surrounding the animal. Therefore, during hot temperatures, camels are known to produce milk in a much more diluted form as compared to other animal dairy sources such as goat or cow milk. Camel milk has been gaining more attention, and it can possibly be due to the fact that camel milk is said to have a low-fat content while containing high amounts of Vitamin C.

However, an even lesser-explored question is whether camel milk can be effectively made into yogurt.

If this got you thinking, read on to find out more.

Patience is Key: Camel milk due to its distinct and unique nature is said to take a much longer time to cream than its counterparts such as goat milk or cow milk. Moreover, when camel milk does end up attaining a creamy texture, it does not cream in a manner similar to other kinds of animal dairy. In fact, even at the end stage of creaming, camel milk allegedly does not attain a fully creamy consistency.

The Struggle of Coagulation: People who are used to fermenting popular forms of milk such as cow milk or buffalo milk into yogurt, would feel a certain level of frustration if they adopted the same method in making camel milk yogurt. This is because when such popular types of milk are heated consistently at a fairly high temperature, they do not take too long to come together or coagulate. However, when camel milk comes into the picture, coagulation is not known to be an easy feat. Thus, the fermentation of camel milk is not as easy as fermenting other types of milk such as cow or buffalo milk.

In spite of these difficulties, certain research proves that camel milk yogurt production has been revisited by several researchers with various objectives such as increasing diversity of income for camel milk sellers.

One such process has been explored briefly in simple words:

The researchers started off by ensuring that their appliances and all their equipment were entirely sterilized. They then used gelatin along with skimmed milk powder that had been sourced from cows. The proportion for these added ingredients was 1.2 percent and 5 percent respectively. These two ingredients were added separately into one liter of camel milk. In an extremely controlled setting and a temperature of 85 degrees Celsius, the mixture underwent the process of pasteurization using a water bath. The milk was then cooled down to a measured temperature of 65 degrees Celsius and edible calcium chloride was added into the mixture. Following this, other ingredients were added to the mixture, including a form of maple syrup and certain yogurt cultures. Finally, the entire mixture was cooled and stored at a temperature of four degrees Celsius throughout the night.

Upon the completion of this entire procedure, which, by the way, was arrived at after a lot of trials, a certain form of camel milk yogurt was finally achieved.

The above example is testimony to the fact that making yogurt from camel milk is not impossible but evidently a difficult process.

The Bottomline Camel milk farmers, especially the ones in developing nations or the ones who are trying to make a mark in the dairy industry of developed nations, considering the popularity factor, have to invest a lot in rearing and processing camel milk. At a time when only very few players have started using camel milk in unconventional forms such as camel milk ice cream, it would probably be a blessing to sellers and producers to be able to capitalize through common and flavored versions such as camel milk yogurt, as it could have the potential to improve demand manifold. Additionally, for consumers, having a delicious as well as nutritious option in various flavors that they could also have daily, could come as a welcome change.

Therefore, this results in the lack of a standardized method of camel yogurt production. Thus, the suppliers, as well as consumers of camel milk yogurt, are extremely few in number. However, if a cost-effectively and generally implementable solution is popularised, it could be a game-changer for camel milk sellers. And of course, camel milk yogurt would be a new and popular trend for people to catch up on!