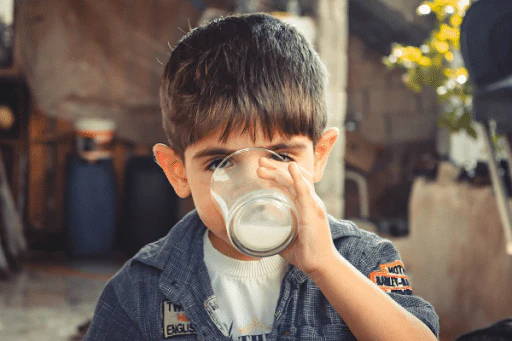 It is a common digestive problem where the body is unable to digest lactose, a type of sugar mainly found in milk and dairy products. This condition is not harmful but it has no cure. People who are intolerant to lactose can feel sick within a few hours of consuming milk or milk products.

Did you know? Lactose Intolerance affects almost 30% of the world’s total population! If you are lactose intolerant, you must surely have been advised to avoid dairy products, but we know the pain of having to remove the entire dairy section from your diet. It is very challenging. To help you overcome this challenge, we’ve got something in store for you.

Want to know what it is? It is Camel Milk! Camel Milk has been acknowledged for a long time in various parts of the world for providing a potential treatment for ailments like lactose intolerance, autism, diabetes, etc. It has been found that it acts as an important functional and nutritional source of minerals and food that provide health benefits, as it is loaded with bioactive substances!

Lactose intolerance is caused by the lack of lactase, a substance that helps our body in digesting lactose. It can develop at any age and mostly stays lifelong. It is most common in people of African, Asian, Hispanic, and American Indian descent. Some of the common symptoms of this condition are bloating, gas, abdominal cramps, and Diarrhea.

Studies have shown that Camel milk contains less amount of lactose than cow milk. It also lacks beta-lactoglobulin that is the main cause of milk allergy. This helps in the easy digestion of milk and hence, it is best suited for those who suffer from lactose intolerance.

Furthermore, camel milk lacks the kind of proteins that people are often allergic to in cow’s milk. It lacks A1 casein which is usually not tolerated by those with dairy allergies.It contains A2 beta-casein proteins & some proteins containing immunoglobulin may also help boost the immune system. The protein called beta-lactoglobulin is present in cow and other ruminant milk, which is responsible for allergies among humans. However, Camel Milk lacks this protein and thus, does not cause any allergic reactions. The beta-casein present in cow milk also causes hypersensitivity in humans. Similarly, camel’s milk also contains beta-casein, but since its structure is different from that of cow milk, it is not known to cause hypersensitivity. Further, experts have said that the absence of immunological similarity between cow’s and camel milk may be taken as a significant aspect to be considered from a clinical point of view. This may be one of the reasons behind camel milk begging suggested as a new source of protein for children suffering from milk allergies. Another factor for camel milk being a safer alternative for lactose intolerants is that the immunoglobulins in the milk are similar to that of mother’s milk, which helps reduce allergic reactions among children and strengthens their response to foods that will be consumed by them in the future. Experts have said that camel milk appears to have a positive effect on children with severe food allergies, with the reactions being rapid and long-lasting. Allergies in children are a very serious aspect and can even lead to anaphylactic reactions. A study was conducted on 8 children with food allergies. They could not be treated in a conventional way. However, when they were given camel milk as a last resort, all 8 children reacted well and recovered fully from their allergies!

In a test done on 25 patients with a clinical diagnosis of lactose intolerance, It was found that only 2 patients showed mild reactions after consuming camel milk. The rest of the patients were unaffected. They also observed that the use of camel milk also led to the reduction of gastrointestinal disorders that occur in individuals intolerant to lactose.

Hence, it can be successfully concluded that Camel milk is a saviour for those suffering from milk allergies. The presence of a higher amount of nutrients & important proteins makes it a better choice for lactose intolerants over cow milk or any other dairy products.

With the changes being brought about in the world, people still don’t have access to camel milk. There are about 12,000 cows for each camel, which shows that there is a lower amount of camel milk available in the market. However, this has not stopped us at Aadvik Foods. We are India’s first brand to market and promote Camel Milk and we work closely with our camel breeders to ensure that all our products are safe & hygienic. We try to make camel milk available everywhere whether it is through our website, or e-commerce platforms like Amazon, Flipkart, etc. We use the Freeze-Drying process to ensure that the quality, taste, and nutrient profile of the product remain intact, even in powder form. What are you waiting for? Order your pack of Aadvik Foods Camel Milk Powder today!