Goat Milk for Dengue: Does it work ? 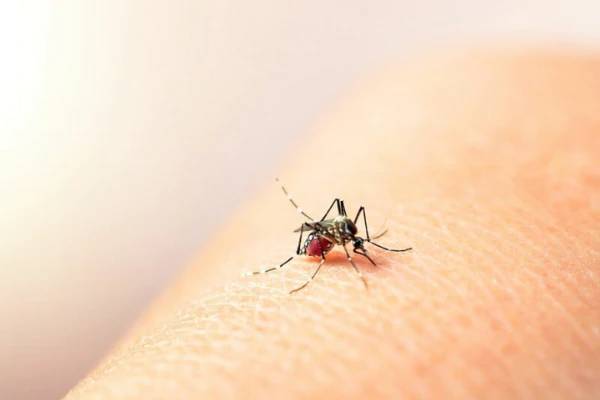 As many people know, Dengue is a disease that is transmitted by a mosquito named Aedes Aegypti. Globally, there are different individuals, who are affected by this disease and there is no known cure for it. There are normally 50 to 100 million people being affected annually. As the monsoon season approaches, it brings with it a plethora of diseases, the most imminent of them being dengue. In the past few years, a few ailments have been recognized, which have known to treat dengue. Among this list, goat milk has played a significant role in treating dengue.

According to various experts, goat milk and its products are playing a significant role in the treatment of this disease. A few complications that surround dengue fever are a reduction in the platelet count and a deficiency of Selenium. In terms of this, goat milk has 27% more Selenium than other forms of milk available in the market. Selenium is a significant element that is required by the body for maintaining its immune system, and acts as a key ingredient in counteracting the creation of viruses in the body. This helps in the fast recovery of a dengue patient. Experts have suggested the consumption of goat milk to patients with a low blood platelet count, as many cannot consider taking a platelet transfusion from outside. This is done to maintain the levels of bodily fluids.

Other than this, goat milk also plays a significant role in various other aspects, such as, it helps in increasing the iron bioavailability. This further adds to repairing the ferropenic nutritional anemia as it improves the amount of iron in the body. It also helps in improving the digestive and metabolic utilization of different minerals like iron, calcium, magnesium and phosphorus.

What role does Selenium play in Dengue?

Also known by the name of Selenoprotein, it is one of the most significant proteins in all the proteins available in goat milk. They act as enzymes that protect the body from cellular damages that take place due to the creation of oxygen by-products, as it has antioxidant properties. The main causes of selenium deficiency in the body are oxidative stress and host immune response. Experts say that by consuming goat milk, they ensure the intake of Selenium, which improves the immune system and its antioxidant properties release the oxidative stress, thus, helping the dengue-infected individual.

Expertshave said that goat milk helps in improving the digestive tract and the metabolic utilization of various minerals like iron, phosphorus, calcium and magnesium. It even helps in improving the metabolism of individuals suffering from dengue fever. Ayurvedic practitioners have stated that it is written in Indian scriptures that goat milk helps in recovering fast from dengue, as it is light and can be easily digested. As it has different fatty acids than cow’s milk, goat milk becomes perfect for consumption by dengue-affected individuals. As it has a smaller amount of fat globules, it helps in better digestion. In addition to that, goat milk has smaller-sized casein micelles, which may also be one of the reasons for its better digestibility properties. People suffering from dengue fever have lower immunity, which can be improved by consuming goat milk, as it has immunoglobulins. This can be attributed to the presence of peptides, etc. Goat milk can trigger innate and adaptive immune responses in the human body, which help in fighting against inflammation. It has lactoferrin, lactoperoxidase, etc. which provides this milk, its antimicrobial effect. This keeps the body away from various harmful organisms that can affect the body negatively.

Various aspects such as parity, season, stages of lactation, breed, nutritional values and environmental aspects that impact the composition of Goat milk. It contains 27% more Selenium than its alternatives present in the market. In a research conducted by experts, it was found that there was even a huge difference between the composition of the single animals of the same breed that was related extensively to the complex genetic polymorphisms of the caseins present in goat milk.

What should you do when suffering from dengue fever?

Dengue is a disease which has no known cure, but people nowadays are turning to home remedies, which includes consuming goat milk. These are a few steps that have been mentioned below to take care of yourself when suffering from dengue:

Step 1: Drink ample amounts of fluids. This includes coconut water, fruit juices, pineapple juice, etc. Oral treatment is known as one of the best methods to improve the weakened bodily state, and help bring the fever down.

Step 2: Along with consuming goat milk, the juice of the leaves of Carica Papaya plant is also considered as significant in healing the body.

Step 3: Eat your green vegetables properly. They can be in the form of soups or vegetables, or even in boiled form.

Step 4: Include all types of fruits in your diet.

Step 5: Replace your cow’s milk with goat milk, as it can lead to certain allergies, and goat milk can help in improving the platelet count in the body.

Step 6: Avoid all types of oily, spicy food as much as possible.

Step 7: As the immune system of the individual with dengue is low, it is important to include a nutritionally well-balanced diet that is full of nutrients and vitamins.

Step 8: The most important aspect is to maintain all the hygienic precautions, as it is significant that the patient is in a clean environment, away from all the dirt. You should strictly stay away from stagnated water as well as containers and keep them covered at all times. It will also be beneficial to use mosquito repellents, wear long sleeved shirts and fully covered clothes.

Which Goat Milk to choose?

Aadvik Goat Milk Powderis a product that is full of nutrition, is of the best quality and can be consumed whenever and wherever you want. Whether you are suffering from dengue, or want to boost your immunity, Aadvik goat milk powder is there for you. It is just one tap away. We, at Aadvik, take all the precautions to deliver the highest quality product to you. Try Aadvik today!