5 reasons why Camel Milk is beneficial for babies 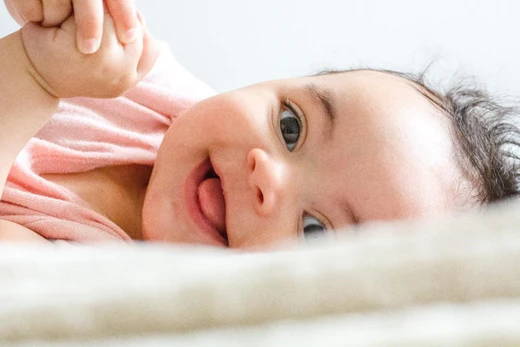 “Get a glass of milk please!” and trust me this phrase has no substitute for people who think that they should stay healthy. This ideology fortifies itself in cases of kids where holistic nutrition plays the key role in parents’ minds. Even before the little one is brought on earth, you start thinking about what’s the best for him/her. This thought process is tagged along with innumerable what-ifs. These what-ifs make the consumers sceptical to think outside the “baby formula”.

But did we ever realise that alongside this changing world and climate, there can be modifications in the human body and nutrition as well? There is constant ongoing research which is coming up with new facts everyday for a better living and diet and camel milk is one of them. Though it seems to many that camel milk is a very 21st century invention, let me tell you that it has found its place in diets centuries ago. It was very common in the Middle East in their diets and conventional medicines. Recently, in 2005 a research paper talked about how camel’s milk is highly beneficial for children for its therapeutic effects in spleen, kidney, liver, cancer, and children’s diseases.

Let us discuss five ways in which camel’s milk is beneficial for babies.

Camel milk, according to Traditional Iranian medicine (TIM), has a composition similar to human milk, as well as great nutritional value and medicinal properties. Camel milk has the same calorie, protein, and carbohydrate composition as whole cow's milk. It does, however, include more vitamin C, B vitamins, calcium, iron, and potassium. Camel milk has a comparable nutritional profile as whole cow's milk, but it contains less saturated fat, more unsaturated fat, and more vitamins and minerals.

Camel milk has less lactose than cow's milk, making it more palatable for many lactose intolerant people. Camel milk also has a different protein composition than cow's milk and tends to be better tolerated by people with cow's milk allergies.Less allergic

Milk allergy is quite common among new-borns and young children. Camel milk can be used as a safe substitute. Many studies have found that the majority of individuals who are sensitive to cow's milk do not have an unpleasant allergic reaction to camel's milk.

Autism spectrum disorder (ASD) is a neurodevelopmental disorder marked by deficits in social orientation, communication, and repetitive activities. Camel milk has several advantages, particularly for autistic youngsters. Camel milk has long been used in several parts of the world.

Along with Autism, Camel Milk may also be beneficial for individuals with neurodegenerative diseases like Parkinson's & Alzheimer's; however, the research is quite limited.

Camel milk includes chemicals that may be effective against a variety of disease-causing pathogens. Lactoferrin and immunoglobulins are proteins that are said to be present in Camel Milk that may provide it with its immune-boosting effects, and are the two primary active components in it.

Lactoferrin has antibacterial, antifungal, antiviral, anti-inflammatory, and antioxidant properties. It is likely to restrict the growth of organisms that might cause serious infections, such as E. coli, K. pneumoniae, Clostridium, H.pylori, S. aureus, and Candida albicans.

A substantial number of studies have demonstrated that camel milk is safer for children, useful in improving the symptoms of autism, and enhances overall well-being. Furthermore, the multiple nutrients in camel milk assist to enhance the body's natural defences and may thus be regarded as an excellent source of protein, calcium, phosphorus, vitamin C, and niacin and can satisfy a portion of people' daily nutritional needs.

You may be now feeling yourself in cross-roads for choosing the best for your child. But, let me tell you that you can try this firsthand in powdered or in frozen forms and see the difference for yourself.